Stronghold Crusader 2: The Jackal and The Khan (DLC) 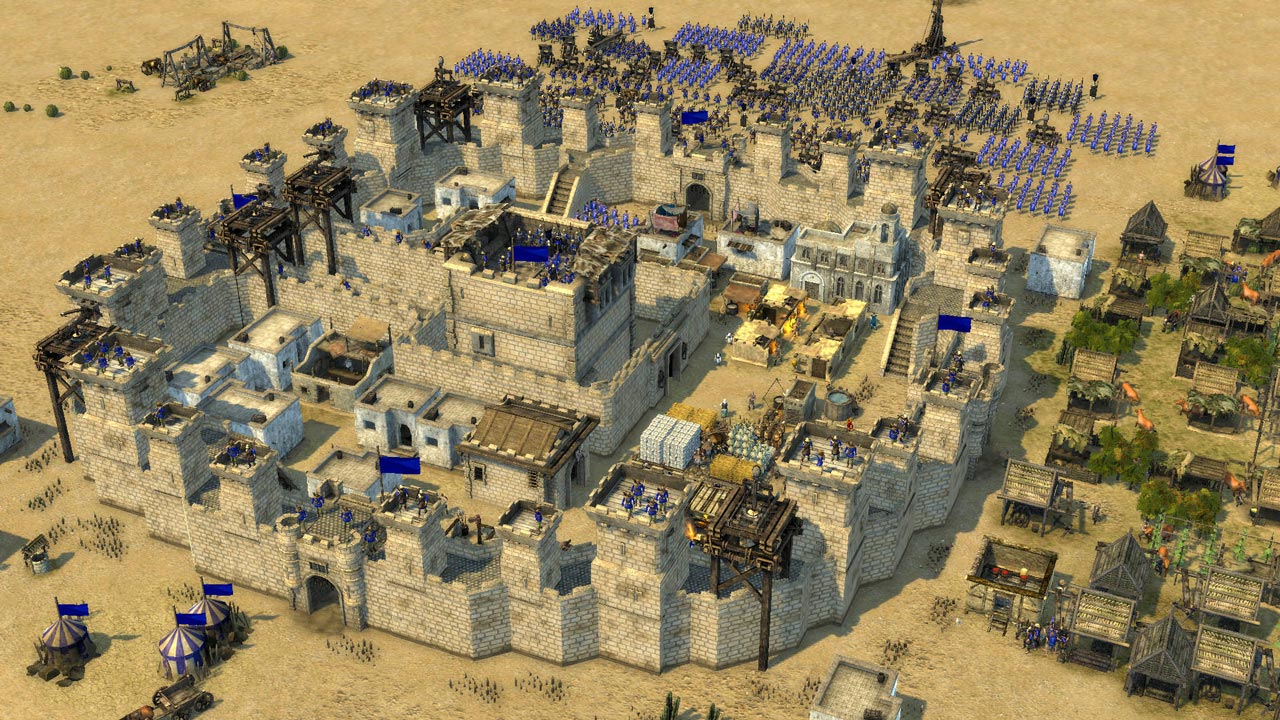 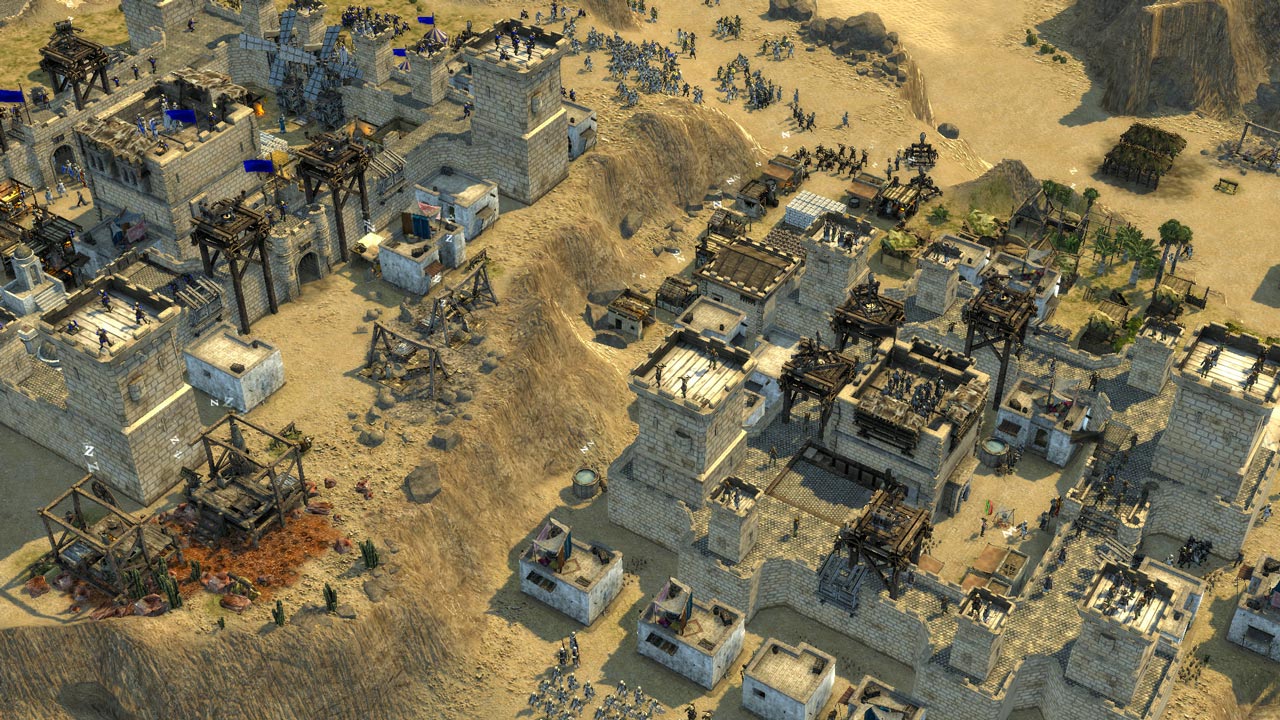 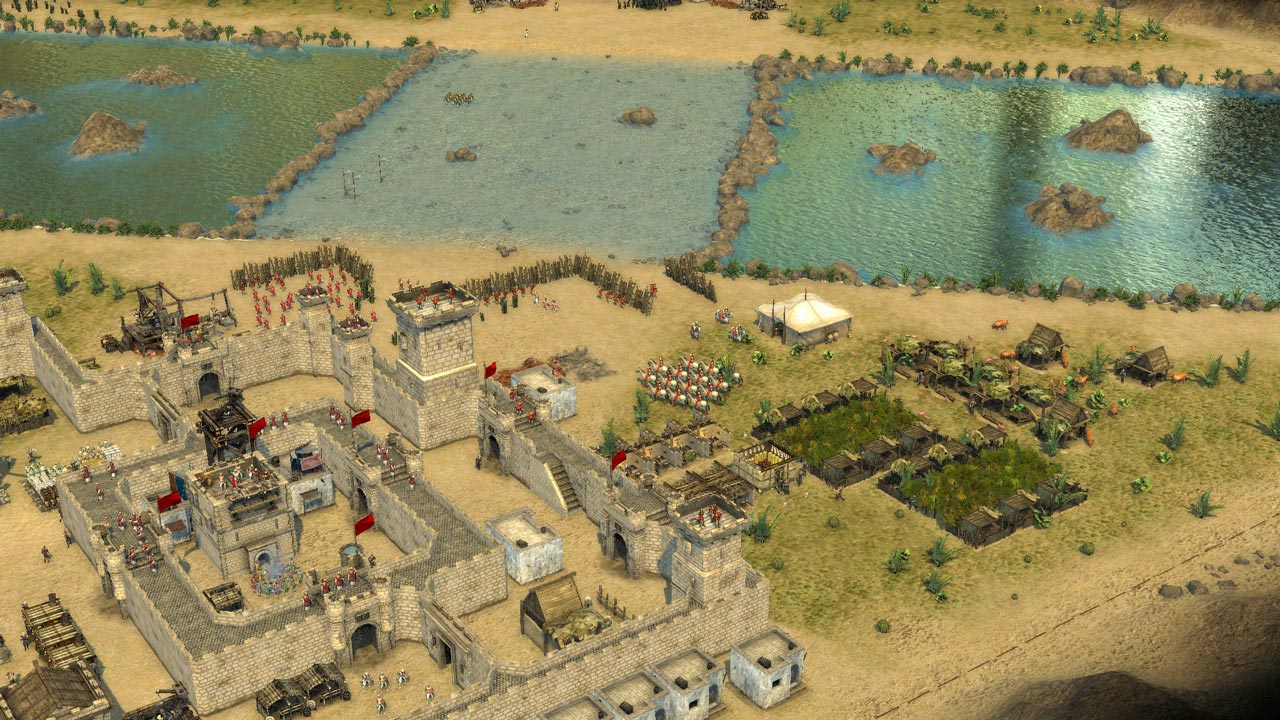 AlternativA information about the seller and his items
offlineAsk a question

Attention! This content requires the base game Stronghold Crusader 2 on Steam in order to play.

This publication has no regional restrictions.

=========================================
Their horsemen rush like a thunderstorm across the sky, like the kings of the past! The Jackal and Khan DLC adds an additional Battle Challenge and a deuce of new AI opponents. The two men chosen by fate to lead their troops through the wild desert are exiled warriors forced to survive thanks to their intelligence and the loyalty of their people. Two nomads, the animal lord Khan and the fearless Jackal pose a special threat to the players of Stronghold. The latest addition to Stronghold Crusader 2, Jackal and Khan adds new missions, AI opponents, achievements, customizable coats of arms and castle designs unique to Jackal and Khan.

The Jackal is a skilled military leader whose face is protected by a large metal helmet stylized as the jackal’s head and returns to his homeland. After the Wolf fell from the tower at the end of the original Stronghold (2001), the Jackal and his allies miraculously healed the Wolf and drove it east. After filling the wounds, the Jackal became a subordinate of the Wolf and gained the trust of the owner thanks to the assassination of the King and the replacement of the Boar as the supreme military leader. Unlike the Boar and the Rat, the Jackal is not afraid of the Wolf. He often disagrees with orders and gives advice on a par with Wolf. After losing a military campaign against the Boy, the Jackal abandons his terrifying leader and returns to his native land. Here he hopes to seek revenge for those who stood in his way.

Khan is a nomad attached to his lands. Throughout his adult life, Khan was the leader of a pack of wandering soldiers and warriors, little resembling ordinary mercenaries. For many years, Khan led his own army from one country to another, without a permanent home or base, enjoying the journey and the trophies received during the battles. The lord himself, like his army, is animalistic, savage and ruthless, they are always in search of new resources for robbery and enemies for conquest.

• New missions - Lead the pack to victory in the new solo missions of the Battle Jackal and Khan Battle Challenge
• Two characters - Jackal and Khan enter the battle as AI opponents in battle trials, combat mode and in multiplayer
• Unique castles - Inventive designs, oversized siege protection and the most serious fortifications in the game
• Coats of arms - Customize your game shield with five new designs representing the paths of a warrior and a nomad
• Additional Achievements - Get 10 new achievements and prove yourself as a master of warfare

1. You need to download and install Steam http://steampowered.com/download/SteamInstall.msi (if not already installed)
2. Launch the Steam client
3. Create a new Steam account or log into an existing one
4. Go to the "Games" section and select "Activate on Steam"
5. Enter the activation key you purchased
6. After that, the game will appear in your list of games and it can be installed

ATTENTION! Before buying, please check the system requirements of the game and other parameters that interest you (they may change with time). This can be done on the sites Steam / Uplay / Origin or the official website of the publisher. Goods purchased by mistake, as well as unsuitable for system requirements or region of activation, can not be returned and exchanged!

Dear customers! Convincing request, if there are any problems with the purchased goods, do not leave a negative feedback immediately. Write us a message in the correspondence (the purchase page on the site Oplata.info). We will try to respond to your message as soon as possible and promptly solve the problem. We draw attention to the fact that the basis for the exchange or return of the purchased key (key), which gives an error when activated, can only be VIDEO RECORD of the purchase process and subsequent attempt to activate it (mandatory condition - the record should not contain editing features).

We will be grateful for every positive feedback you have left after the purchase. Sincerely, the project team "AlternativA".

Related to item "Stronghold Crusader 2: The Jackal and The Khan (DLC)":

Stronghold Crusader 2: The Princess and The Pig (DLC)