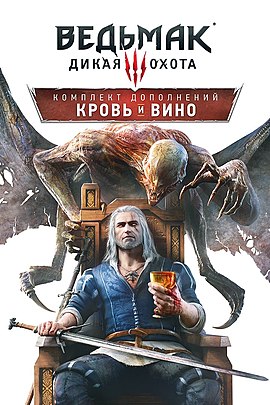 The sale of this product is temporarily suspended. Please check again later or subscribe for notification of when the product is back in stock.

OnePlay information about the seller and his items

The protagonist Geralt from Rivia goes to Tussent, a principality not affected by the war from the original game, in order to track down the mysterious monster that is terrorizing the region. Supplement received unanimously approving reaction from the press.
First of all, the addon adds a huge, completely new region - the principality of Tussent, the appearance of which is strikingly different from the landscapes of the main game, resembling southern Italy or France. In size, it is approximately equal to all the Skellige islands, taken together, and slightly inferior to Velen.

You will purchase only the digital key itself. Land delivery of the flyer is not carried out.
WARRANTY TO ACTIVATE THE KEY 24 HOURS, please do not try to return the key in a week´s time, etc. Keys are not suitable for resale

Language: Multilingual
Platform: PC
Activation: The code can be activated in GOG.com